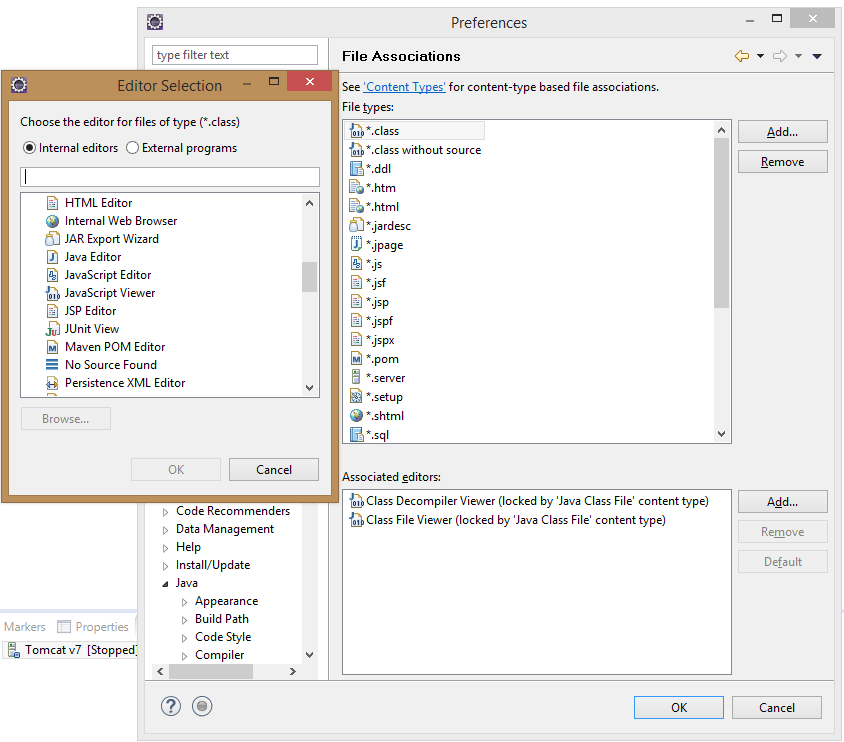 I like - but it shows its age in places. You will need: • a jad binary • jadClipse installed • point the Eclipse preferences to the above jad binary • tell it to produce line numbers and align for debugging There are several shortcomings: • code is produced sequentially, if byte code was rearranged so something comes late in the byte code but was early in the original source jad does not rewind to put the disassembled code to the right line. • jad does not understand Java 5 + 6 bytecode very well. I have tried several decompilers and most of them have failed to produce a correct source for the applet I was trying to decompile (which was, in case anyone wants to reproduce). The one which has worked absolutely flawlessly was, the code produced by it contains no syntax errors and the applet compiled from the sources runs identically to the original. What I was missing on the UI side was: Ctrl-A/Ctrl-C keyboard shortcuts not working, and no batch conversion available.